Our hotel was located in Xujiahui. Wikipedia translates this to “Xu’s junction” – or, more precisely, “property of Xu family at the junction of two rivers”. The “Xu family” refers to the family of Xu Guangqi , China’s most notable Catholic convert. This would explain the location of St. Ignatius Cathedral…

… and the location of the Office of Catholic Church in Shanghai. (See this veiw taken from our hotel).

As I walked around the quiet, cool space I came to the chapel for Mary, The Mother of Christ. Sitting on one of the few pews facing the chapel was a Chinese woman in prayer. Approaching behind her I noticed she was speaking aloud and tried to walk as quietly as possible so as not to disturb. (Does verbal prayer make one more devout?) As I passed she became more animated in her ‘prayer’ and as I took a final look I noticed the mobile telephone held to her ear.

Religion in the 21st century?

The Roman Catholic Church in China is considered illegal with an estimated 8 million Catholics following the church underground. (Wikipedia) 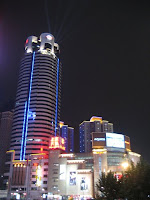 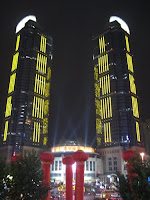 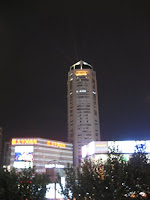 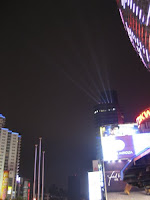 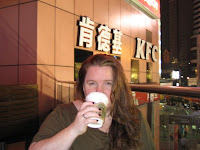 So, I’m here in Shanghai again, with a plan to have a relaxing few weeks interspersed with a few jaunts shopping and to visitor attractions. I also hope to take a few picture and will put them up here when I can.

The hotel has a good internet connection, about which I shouldn’t really be surprised, so in between eating, shopping and generally enjoying myself, I’ll ramble on about the visit or just simply upload some pictures. That is if I’m not enjoying myself too much.

We landed yesterday and before the day was out I saw my first reference to the Olympics. I’m sure we’ll see more and I hope to be able to get some better shots (This was just a quick snap while at a set of traffic lights). 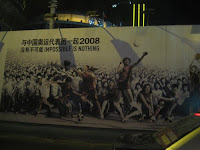 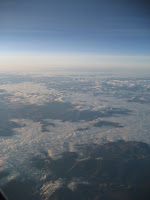 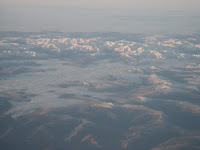 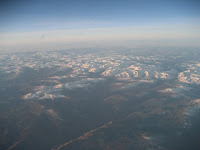 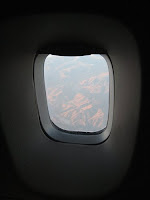